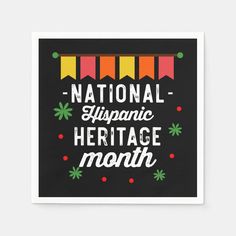 Hispanic and Latino people have contributed economically, socially, politically and artistically as well as many other ways to American society for generations. A special month of celebration, Hispanic Heritage Month, recognizes these contributions. It occurs each year from September 15 – October 15.

As a way of recognizing contributions, this article will focus on staff members with Hispanic origins, speaking about their roots and their contributions to Mission of Love Charities.

Hispanic Heritage week became official in the United States in 1968. On August 17, 1988, former President Ronald Reagan made it a whole month, celebrated from September 15-October 15. September 15 is the anniversary of the Mexican War for Independence, which is why Hispanic Heritage Month begins on this particular day.

Staff member Yessica Molina is Director of Case Management. In that role, she provides leadership for much of the services provided to the people who come to Mission of Love Charities seeking help. A native of Colombia, she earned a bachelor’s degree in psychology from the Foundation University Maria Cano in Medellin, Colombia (Fundación Universitaria María Cano). Her background includes working as a preschool teacher and as a psychologist. “I love this place,” says Molina. “Mission of Love really cares about the homeless and low-income people. We make people welcome here.” She is currently working on a master’s degree in social work.

Staff member Jatmna Polanco married her husband in 2015 and came to the United States from the Dominican Republic in 2017. Polanco has one son, a sister and a nephew living in the United States. She has been with Mission of Love Charities as a Case Manager for nine months. Polanco does many things but perhaps the most critical part of her job involves her ability to speak fluent Spanish. She can work with the front desk when a Spanish speaker calls in and they need assistance – she can take the call and help. Or she can assist in the person-to-person communications with Spanish-speaking people who come to the Mission of Love Charities facility seeking help. Since many or most of these people have difficulty in speaking English, conversing in Spanish sets them at ease.

Polanco uses her Spanish-speaking ability every day on the job. “It is very easy to connect with a client this way. “The clientele feels comfortable calling directly to my cell phone number,” says Polanco. There are many clients who have no access to emails or fax machines. But in her day-to-day job, Polanco is filling out forms for SNAP (food stamps) and other resources, and she needs documents like identification and utility bills to complete the requirements for the application. So, the cell phone is the most important line of communication. She can collect pictures of documents and converse by text. Polanco’s ability to speak fluent Spanish is integral to gaining the trust of her clients – and serving them to the best of her ability.

Staff member Ana Sorto was born in the United States to parents who came from El Salvador in 1986. She has two sisters and three brothers, two boys and a girl of her own, as well as two stepchildren and seven nieces and nephews. “We’re a big family,” says Sorto. Sorto is a fluent Spanish speaker. At Mission of Love Charities, Sorto is the Executive Assistant to the CEO, Deborah Martinez. She uses Spanish as a means of communicating with members and even staff members. “When a client comes to the door, and they have questions, I am able to answer them,” says Sorto. “On the telephone there are always Hispanics calling and needing assistance, so my Spanish is a big help around here,” she says. Some team members speak Spanish, and she often communicates with them in Spanish.

With their bilingual abilities, staff members Martinez, Molina, Polanco and Sorto have found many occasions for speaking Spanish at Mission of Love Charities. Sharing a language as well as having pride in their individual cultures while at work weaves these women together and helps their team spirit to thrive. “My heritage is a big part of me,” says Sorto, “I love my culture,” she says with enthusiasm.

On #givingtuesday, donate to MOLC to help us offer job training and...

Diving into the rich cultural diversity of Maryland as the Mission...

Deborah Martinez is a nonprofit / association executive with years...

Read more
Get updates on the latest news!